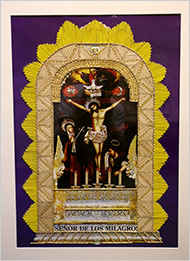 October 30, 2009 (Kearny, NJ) Welcome to KOTW's improved website. KOTW was founded on October 31, 2000 and is celebrating its 9th Anniversary. From its humble beginnings, KOTW has steadily increased its readership and our staff would like to think that KOTW has contributed to the well being of the community we serve. In anticipation of celebrating our 9th Anniversary, our staff has been working on revamping our website to integrate our Discussion Board into our main site and enable our readers to contribute articles to the site. Both of those features are now a reality. We are very happy with the results. We look forward to continued improvements and welcome your constructive criticism. There is always room for improvement. Explore and enjoy our new website. We are sure you will be pleased.

The Path Station in Harrison. Plans to transform the station into a modern transit hub are planned. A changes however will not come in time for the opening of the Red Bull's Soccer Stadium.

November 5, 2008 (Kearny, NJ).  Barack Obama has won the election for President of the United States.  In a very heartfelt speech, Senator John McCain conceded the election late last night to Obama.  It is truly an historic moment.  The first black President of the United States.  More historic then that is that many of us do not measure him by the color of his skin but how eloquently he speaks and inspires us to believe in the promise of America.  Both John McCain and Barack Obama were excellent candidates.  Obama will undoubtedly reach out to McCain for help in dealing with the challenges facing our nation and the world.  Obama's character is exactly what our nation needs.  His demeanor is soothing.  His intelligence refreshing.  His humble beginnings inspiring.   Tonight, our nation proved that we are still the greatest democracy in the world.  That in itself has jumped started the world's moral and economic recovery.

What do you think?  Join us on our Discussion Board.

Treat yourself to an official KearnyOnTheWeb coffee mug. Your purchase will make you the coolest web surfer in the world. Join your fellow KOTW lovers by sipping your coffee or tea with your own KOTW mug.