March 1, 2014 (Kearny, NJ) Kearny Mayor Alberto Santos announced his support this week for Kearny On The Web. The latter statement is true but don't misinterpret it because Mayor Santos did not directly endorse KearnyOnTheWeb, the website, but that Kearny Businesses should be On The Web. 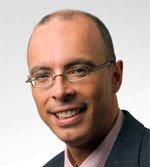 For more information, contact the Executive Director of the KUEZ, John Peneda, This email address is being protected from spambots. You need JavaScript enabled to view it. You can also click on this link to go to the Google, New Jersey Get Your Business Online website which has videos and other instruction materials to help you not only get your website online but attract customers to it. 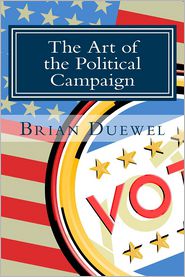 Other candidates may announce their intentions of running after the appointment. The Primary Election is June 3, 2014 and the General Election is on November 4, 2014.

February 16, 2014 (Harrison, NJ) Officers from the Harrison Police Department and the Hudson County Sheriff's office assisted, both inside and outside the Mulligan's Funeral Home in Harrison, those wishing to extend to Mayor Raymond J. McDonough's family their condolences on his passing.

There was also a display of photographs and Mayor McDonough's memoriabilia including a "Shovels in the Ground" display of several of the ground breaking ceremonies attended by Mayor McDonough. On display both in the funeral home and the nearby Town Hall were photographs from a picture of Mayor McDonough and his twin brother on a pony when they were babies to more recent pictures of Mayor McDonough in front of the Harrison Path Station annoucing the Port Authority of NY and NJ plan to revitalize the station into a modern transit hub.

At one point the line stretched down the block leading to the funeral home and snaked through rooms in the Mulligan's Funeral Home that were opened for the first time in recent memory to accomodate the large number of mourners. Photographs displays throughout the funeral home allowed mourners to reflect upon the life of Mayor McDonough while waiting on line.